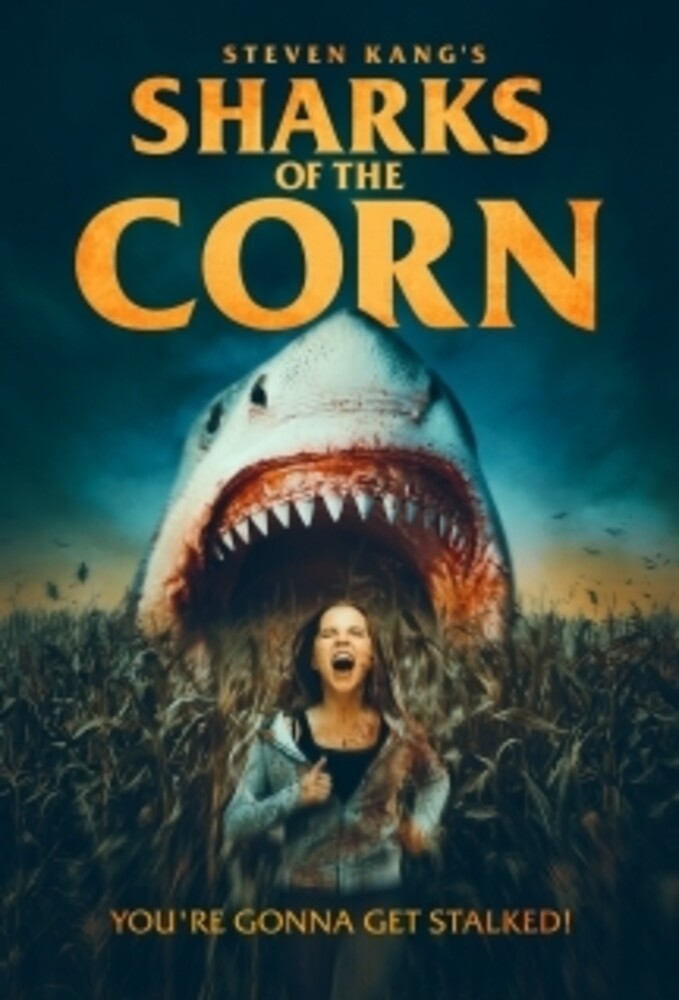 Strange things are happening in Druid Hills, Kentucky, known mainly for it's voluminous corn output. Victims of monsters in cornfields begin cropping up, and witnesses are saying there are "large Great White sharks swimming in the corn stalks!" Meanwhile, serial killer Teddy Bo Lucas is arrested for killing dozens of people using shark jaws and teeth as weapons. Chief Vera Scheider [cult scream queen Shannon Stockin] is caught in the middle, trying to figure out if her missing twin sister Lorna might be one of them. When Teddy agrees to take her to one of his prime burial sites in a cornfield, an insane chain of events unfold that NO ONE is prepared for, pitting the Druid Hills townsfolk against an outrageous shark worshipping cult that is planning to take over the world, one cornfield at a time! And their main protectors are jaw-snapping SHARKS OF THE CORN! From the twisted mind of newcomer Steven Kang! Executive Producer Ron [HOUSE SHARK] Bonk presents director Tim [TRUTH OR DARE?- A CRITICAL MADNESS] Ritter reuniting with Producers Larry Joe [TWISTED ILLUSIONS 2] Treadway and Al [KILLING SPREE] Nicolosi for the first time in many decades to bring you this demented mixmash of humor, terror, and pure adrenaline rush shark action! Pop your corn, the shark movie of the year is here!