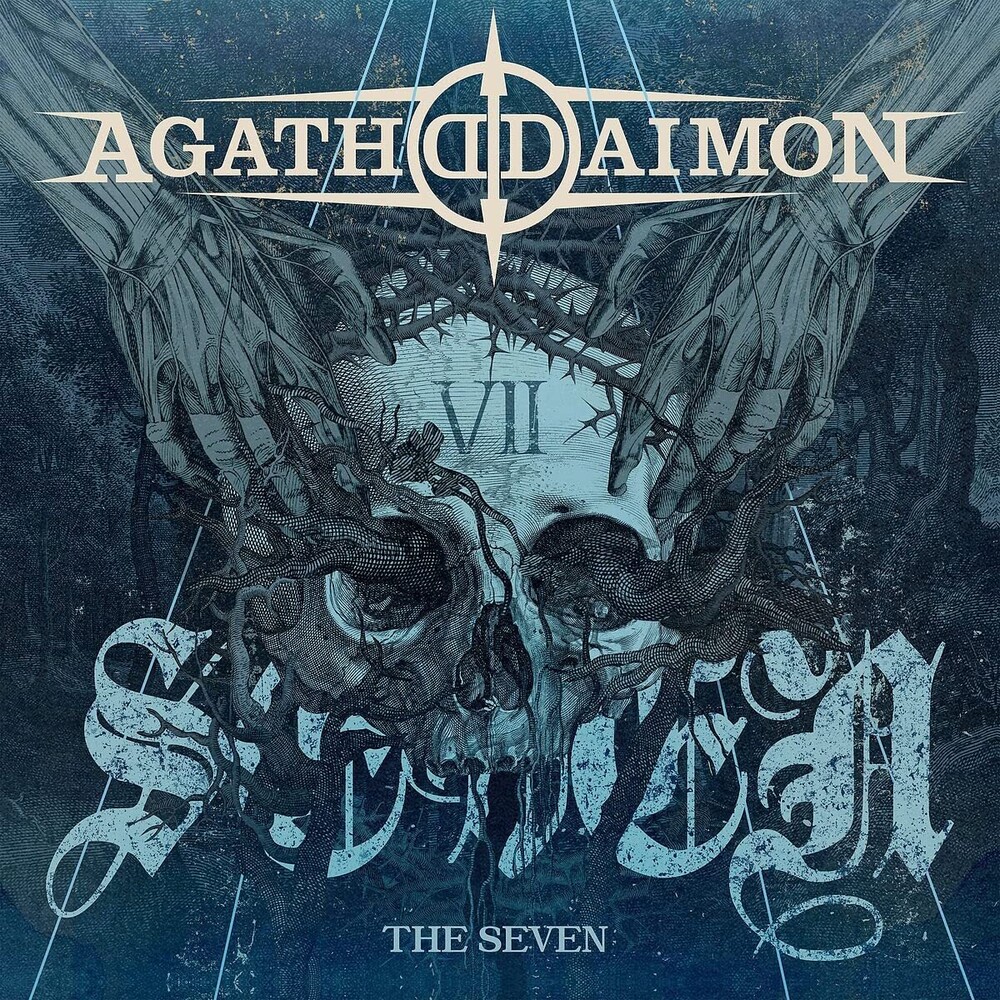 Rejoining forces after many years of silence, German dark metal frontrunners Agathodaimon set the stage for their long-awaited comeback. Agathodaimon's seventh strike maintains the old-school spirit of it's predecessor In Darkness (2013), but can't be pigeonholed due to it's dynamic and widespread musical styles, evoking a gloomy atmosphere fueled by sharp growls, epic clear vocals and a gripping, exceptional sonic universe. Thematically, as hinted by the album's title, the full-length is centered around the momentous and symbolically powerful number seven and the seven deadly sins - sloth, greed, lust, gluttony, pride, wrath, envy - on ten tracks total, all addressed with religious topics that contrast with human beings and it's original nature. Diving into this exciting construct with opener "La Haine", the track lures the listener into the freezing, dark world of Agathodaimon, produced by long-time companion Kristian "Kohle" Bonifer (Aborted, Powerwolf, HĂ¤matom amongst others), by building up a dense wall of thunderous sound, accented by a multifaceted vocal interpretation. Songs like raging "Wolf Within" and haunting "In my Dreams" roam between dense soundscapes, crushing instrumentals and intense lyricism. "Kyrie / Gloria" on the other hand stomps more towards heavy doom metal, calling for a black mass with creeping darkness and desperate screams turning into harsh black metal parts, all topped by the guest appearance of Benighted frontman Julien Truchan. Amid the tracklisting there's another special treat for fans lurking with epochal orchestration that paves the war for the remarkable performance of Agathodaimon's former vocalist, Romanian Vlad Dracul, on "Mother of all Gods". It's not only this very first collaboration since 1999, but The Seven as a whole, that showcases that Agathodaimon absolutely acing the balancing act of incorporating their past into a bright and exciting future.